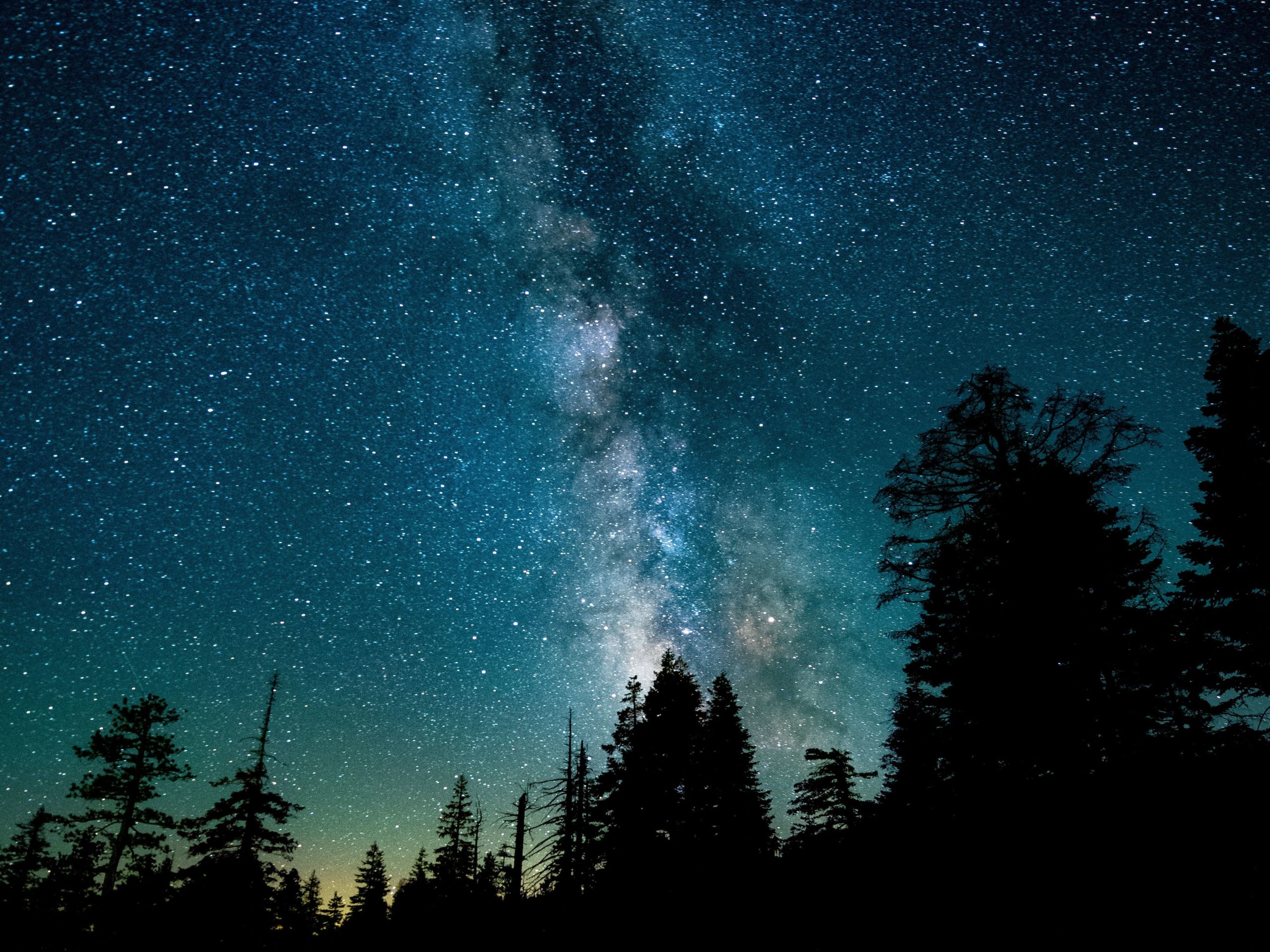 I missed my weekend blog posts over the last few weekends. Both work and home life have been particularly busy, so perhaps my original aim to a blog each week was a bit unrealistic. However, I’m all for flexibility and compromise. My commitment is no less for it, just that working independently and maintaining a good balance in life means you just have to go with the flow at times. So here’s my latest post, the first in a month.

I’ve had chance to reflect briefly over the past weeks and three things that keep circulating in my mind, and they have become clearer. They are conveniently connected too. So here are my three mini reflections

Friday 15 March 2019, was a #climatestrike day. One day a month, young people are showing their concern about different governments’ inaction across the globe to take positive action against climate change. My daughter had asked a few weeks before about writing to the Prime Minister to tell her how concerned she was about climate change and the UK government’s actions.

I agreed to help her write a letter. Then as we were researching we found out about Greta Thunberg and her movement of #climatestrike. The movement was reaching our home town of Bournemouth. There had already been a #climatestrike here in February. So we took steps to join the next march in March. We connected with another local girl who was organising the event, prepared a speech, wrote to school, planned a short absence around the school day ensuring my daughter didn’t miss much of the school day and was still able to do what she believed in. Our school was very supportive.

We joined the peaceful march, my daughter summoned the courage to speak to what turned out to be quite a large crowd. I’m very proud of her drive to do this, and her sense of purpose that I know I never had aged ten. I want her to be strong and able to speak out for what she believes is right, to learn about the political process and how she can play a role in it as a citizen.

In an era where trust in politics and the media is low, it feels even more vital that we engage in the process as much as we can as individuals. As adults we can all learn from the children who are speaking out and taking action in the face of climate change. It is heartening to see so many young people take their future so seriously, to take action in the political system and call out to be heard.

We need political leadership that listens and engages. Without that openness to listen, to learn from each other and allow the space for different ideas and opinions to work together for the better, wider society will fall short and the strong opposing views we see in our politics now, will become more entrenched and leaving less outspoken people behind.

Peaceful protest, a functioning and challenging media and a political system that is open and listens are key to our parliamentary democracy in the UK.

Our role as communicators

Politics affects every aspect of our lives, and as communicators we have a role to play to help people engage and understand how it affects them, whether we work in government or not. Whatever our industry or role, the political setting is important. Factual information is critical.

And when it comes to employee communication, it’s important to remember there’s a fine line between business taking a stand on a topic that’s aligned to corporate purpose and the wider society, and pushing a political agenda to further personal or business ends. Our role as communicators must be to relate modern politics to our organisations clearly and accurately so that our customers, employees and business partners understand how it impacts what we do.

We’ve seen both anti and pro Brexit demonstrations in recent weeks as the process of deciding how we leave the EU and what our future relationship will be is in sharp focus. With the debate, there has been increased engagement in politics, and perhaps with actions like the #climatestrike our young people will be more engaged and compelled to vote as soon as they are old enough. There’s some useful analysis here about elections and voter participation here.

However, a recent study into our democracy from Hansard shows our fall in faith in the political system is leading to an increase in people thinking that if our government didn’t have to worry about votes in parliament it could just get on with making decisions. The trouble is that goes against the principles of our democracy.

As Ruth Fox, the director of the Hansard Society, said as quoted in the Guardian 8 April 2019: “Preferring a strong leader who is willing to break the rules, or thinking that the government should be able to tackle the country’s problems without worrying about the approval of parliament, would challenge core tenets of our democracy.

“The public feel strongly that the system of governing favours the rich and powerful and that political parties don’t care about the average person. And people are not confident that politicians act in the public interest. Unless something changes, this is a potentially toxic recipe for the future of British politics.”

Peaceful protest: Democracy is a messy and collaborative process, or at least should be to ensure that we are represented fairly. Where historically businesses and individuals have shied away from political discourse, or keeping it to the lobbies, it seems that the time is ripe that we get engaged and talk more openly about politics and its impacts on our lives. Just like the children taking part in the Climate strikes who talked knowledgeably and openly about the facts of climate change that will affect their future, we adults should start looking at the facts and understanding the impacts of our choices and policies and preserve our messy democracy.

Seeing my daughter’s protest and drive led me to think about passion. We all have a topic or idea that drives us, a subject we care so strongly about. Right now, our news and social media channels are full of rising anger and fear through our constant news feeds of despairing situations. Fear is the strongest emotion, and often used in advertising and politics to elicit responses. It’s easy to mistake that fear or anger for passion.

What we say and do matters

In reality, our lives and communities are where our passions are manifested. It’s what we do, more than what we say that demonstrates what we truly believe, and what we say has a big impact on people’s understanding and belief in a topic. Passions are more compelling when they are a positive vision, rather than a negative vision or vitriolic rant on social media.

Something that inspires others to follow a leader is their passion and belief in something that they connect with. Which is why you’ll find natural leaders, who are often not the chosen ones or those in positions of power in organisations, but instead the natural and inspiring leaders will draw us in.

Natural leaders have a significant circle of influence. These passionate individuals, who draw people to them are powerful advocates in organisations. They can help us understand what’s valued most in a group and how they interpret the organisation’s actions and communications is important for the whole group.

Passion: I really enjoy uncovering the real passion in businesses and understanding how it connects to the purpose of an organisation. That’s where the magic happens and where, if you’re really listening you can supercharge that magic for the whole organisation.

This year, it’s 20 years since I graduated from Bournemouth University. One of the most compelling stories I learned about while there was in persuasive communication. That story, was the tale of Mrs Keech. Mrs Keech was a natural leader, but not of the conventional type. She’d presented an image of a better life for her followers that they truly believed.

Mrs Keech’s followers were a small apocalyptic cult. Leon Festinger a social scientist and his colleagues had infiltrated the group to study them. The cult under Mrs Keech’s guidance believed in the ‘Guardians’, a group of superior alien beings who had told Mrs Keech that the planet would be destroyed by flooding on 21 December 1954.

Members of the cult had given up their jobs and lives to prepare for the end of the world. The group were to be saved by the aliens. But doomsday came and went and there was of course no sign of the aliens. Instead of giving up on the cult and their beliefs, the group became even more strongly associated to their beliefs, committing to them more fervently than before, making up new realities that backed up their beliefs that the aliens were still their saviours.

Festinger and his team of scientists concluded that in some circumstances, beliefs can be more deeply held in the face of reality and contradictions that show their beliefs to be untrue. From an ‘outsider’s’ perspective it would leave you really perplexed, wondering why these people still believed when the facts were so apparent.

Festinger’s team found that these circumstances led to people becoming more committed to their beliefs in the face of contradictory evidence:

This study was one of many by Leon Festinger that he researched as part of his theory of cognitive dissonance. We all experience cognitive dissonance. We may like to think we’re different, better educated, better able to resist or too sensible to be swayed by our beliefs and emotions this much. But we are all emotional beings and in some circumstances we will keep following them. Even when the facts and reality shows us something in contrast we will change the facts, or choose facts to back up our beliefs. We are all susceptible.

When we experience cognitive dissonance we’ll try to reduce it because it’s uncomfortable being challenged by a reality that contradicts a deeply held belief. We’ll go out of our way to avoid situations and facts that increase that dissonance and discomfort, we may even lie.

As individuals, being open minded about the world around us, recognising that we don’t know all the answers, being open to learn about the things we don’t understand will help us to accept that we make the wrong decisions sometimes and understand that we are easily led by our emotions and beliefs. It is hard to push against our own beliefs and assumptions, but it will help us all to be a little more mindful when we make decisions.

Aliens: One of my key takeaways from this theory is that normal people can be persuaded given the right situation and the right emotional triggers to believe in the most remarkable, sometimes crazy things and then go on to take action in support of it. This can of course be used for good or bad intent. As communicators, we need to be aware of this human trait and when we’re looking for emotional hooks for our campaigns ensure we act ethically and put the people and their interests at the centre of our communication work. Remember our ethical frameworks.

Thanks for stopping by and reading my thoughts. I hope you’ll be inspired.

I work with businesses of all shapes and sizes to help them communicate clearly, reveal the human connections that matter and get meaningful results. If you would like to find out what people think and feel about your business, and communicate with them better, get in touch.

Photo by Casey Horner on Unsplash